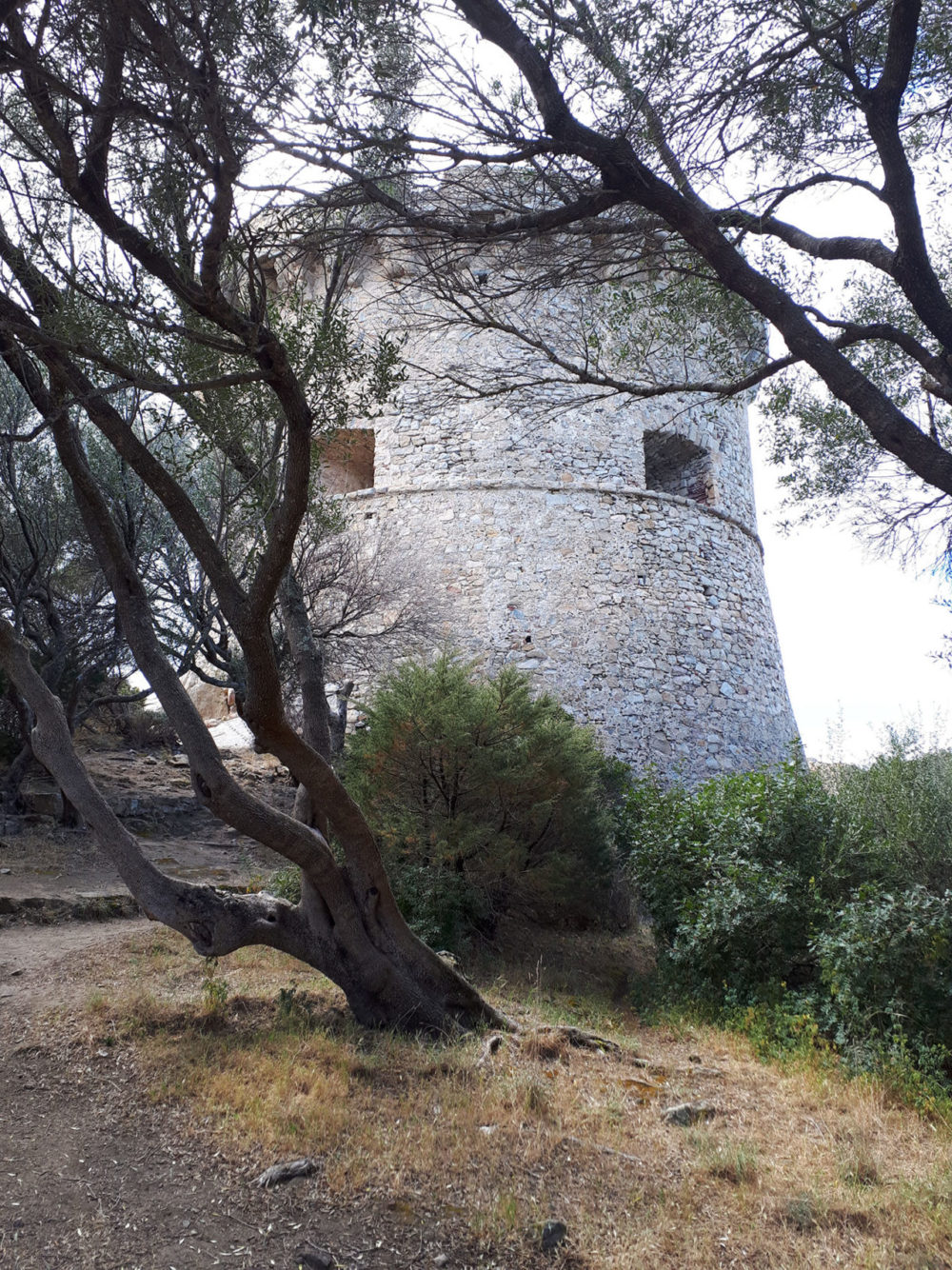 OVERLOOKING THE BAY AND THE VILLAGE

Set on the top of a rocky outcrop overlooking the bay and the village of the same name, Campomoro tower offers an impressive panorama on the Gulf of Valincu, the distant summits of the Incudine, and, towards the south, the beginning of the wild coast.
Three other fortifications were built along the Sartène coast: the Senetosa and Roccapina towers and the Tizzano stronghold.
Campomoro tower distinguishes itself from the other towers built under the authority of Genoa by its imposing dimensions (with a diameter of 15 metres, it is the most massive in Corsica) and its architecture. With its star-shaped enclosure and gun loops, it was designed as a small fortified citadel whose strategic importance went beyond that of a simple lookout post. Today, Campomoro tower is listed as a historical monument.
In 1989, the Conservatoire du Littoral undertook major restoration work of the building and its enclosure both to protect a historic landmark and to open the site to the general public. In 2007, a second phase of work was carried out in order to install the permanent ‘Barbary Pirates’ exhibition that traces the history of the Genoese towers in Corsica, the invasion of the Barbary pirates, the pillage of Sartène and the construction of Campomoro tower.

To face the insecurity caused by the raids of the Barbary pirates, the Republic of Genoa established a policy of difesa torregiana, i.e. the construction of military works of defence at strategic points on the Corsican coast.
The Genoese tower of Campomoro was built in the sixteenth century. During those troubled times of raids on Corsica, the villages were looted and destroyed, and the inhabitants were taken into captivity. The construction of Campomoro became necessary after the pillage of Sartène. The town was destroyed and 500 inhabitants were captured. In order to protect themselves, it was necessary to anticipate and see the invaders arriving from far away, and the Campomoro site was chosen.
The tower was completed in 1586, after a year of construction work. It was the first element of the lookout and protection system of the ‘Figari Seas’, the name then given to the strait between Corsica and Sardinia.