THE SARTÈNE COAST IN SOUTH-WESTERN CORSICA…

…It is on these shores of a singular and endearing beauty that the Campomoro-Senetosa protected natural site has been gradually developed over the last 40 years.
The large Campomoro-Senetosa site, which is the property of the Conservatoire du Littoral, stretches from Campomoro Point in the north to Senetosa Point in the south, over a distance of more than twenty kilometres and an area of almost 2400 hectares, where natural and human heritage coincides. The rocky coast is heavily indented: points and reefs alternate with deep, narrow bays that shelter small beaches. Inland, the scrub-covered hills are sometimes gentle and sometimes rugged. The landscape is marked by an alternation of different types of granite. The more resistant leucocratic granites cover the hilltops and points with bold shapes. The more tender monzogranites have been eroded with time. Some 20,000 years ago, the sea reached a higher level and wore down these rocks, transforming them into coastal platforms, as in Canuseddu and Arana. The many rivers that originate in the hills have dug out ravines where the water, which hardly flows in summer, may form tumultuous torrents when autumn arrives.
In this magnificent landscape that is unspoilt by roads and urbanisation, numerous human traces demonstrate the strong anthropogenic activity of the past. Among them are sheepfolds, orii, threshing floors, fountains, megaliths… The two Genoese towers of Campomoro and Senetosa mark the northern and southern limits of the Conservatoire’s domain. The stunning double silhouette of the all-white Senetosa lighthouse dominates Capu di Senetosa.
The Conservatoire du Littoral and Syndicat Elisa (the manager of the site), with the support of the Community of Corsica and the Office of the Environment of Corsica, have opened and developed a dense footpath network that enables visitors to discover this exceptional heritage. The project has come a long way since its beginnings and many are those who are committed to the preservation of this site: elected officials, citizens, technicians, landowners, scientists, artists…Today, this permanently protected site is actively and subtly developed and managed. 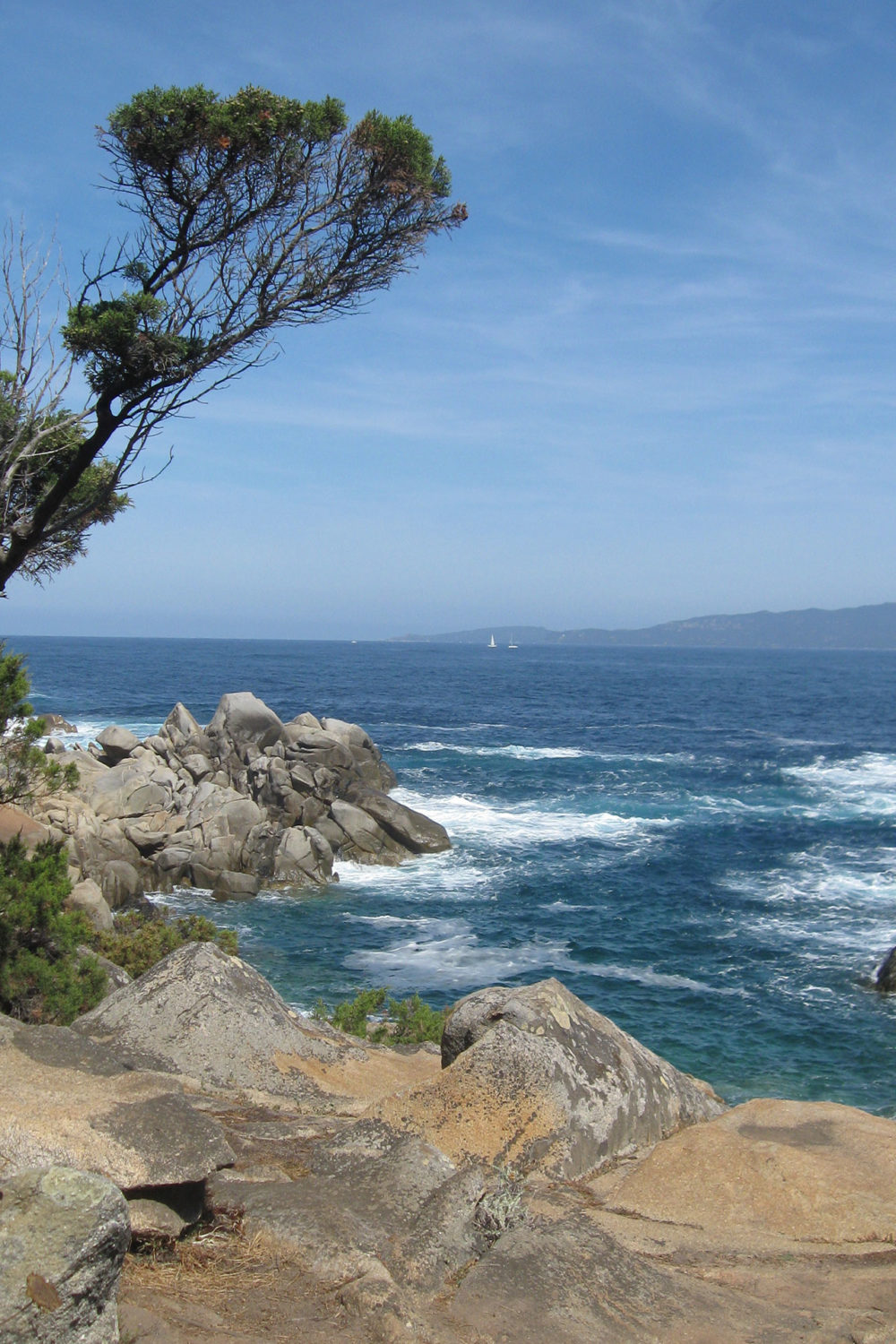 The protected area of 1260 ha covers the northern part of the site, almost all of which is part of the Natura 2000 network (on land and at sea).
For 25 years, this site has been the subject of an active policy for protection, development and exemplary management provided by the ELISA inter-municipal syndicate, which is a partner of the Community of Corsica. 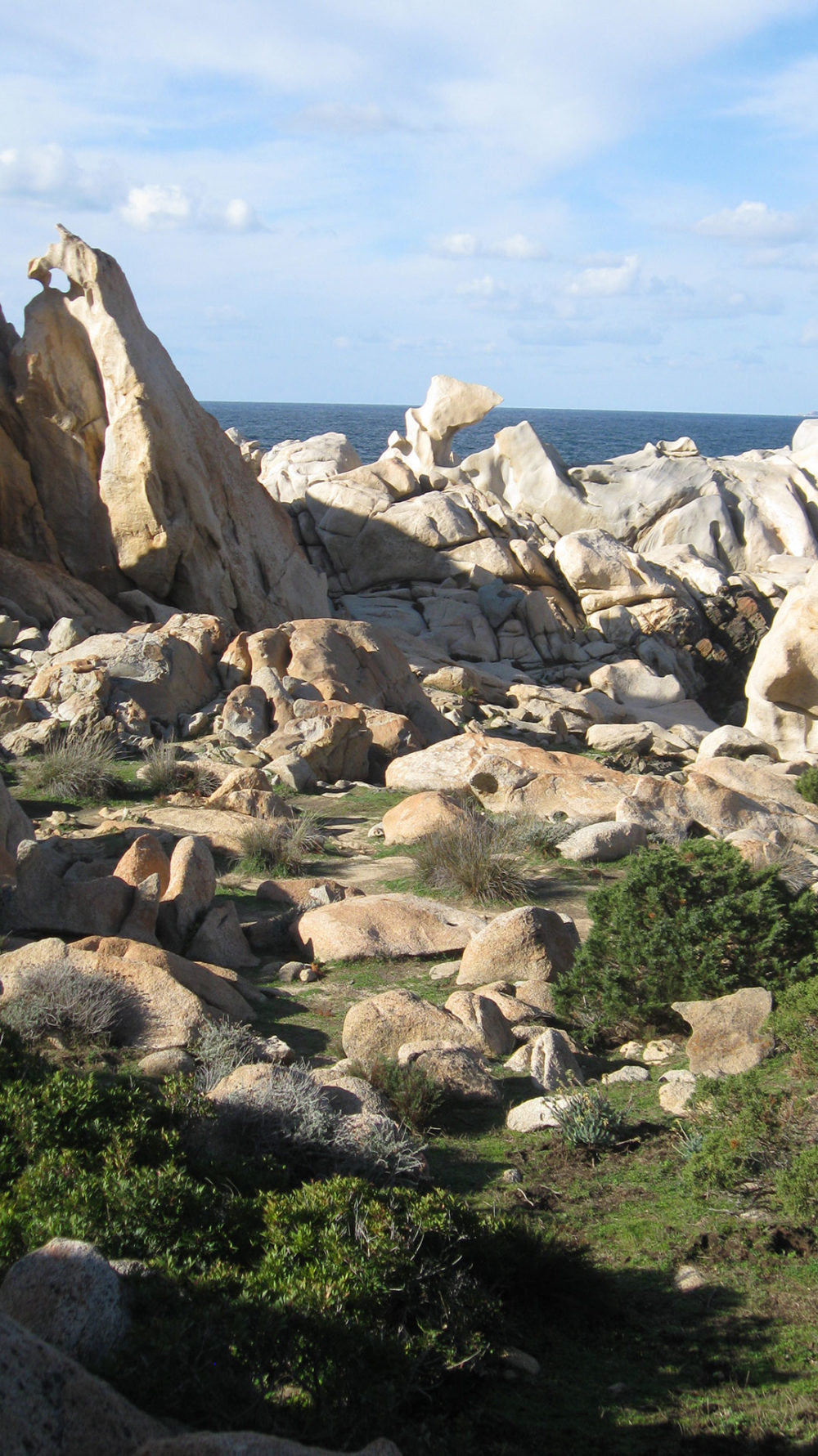 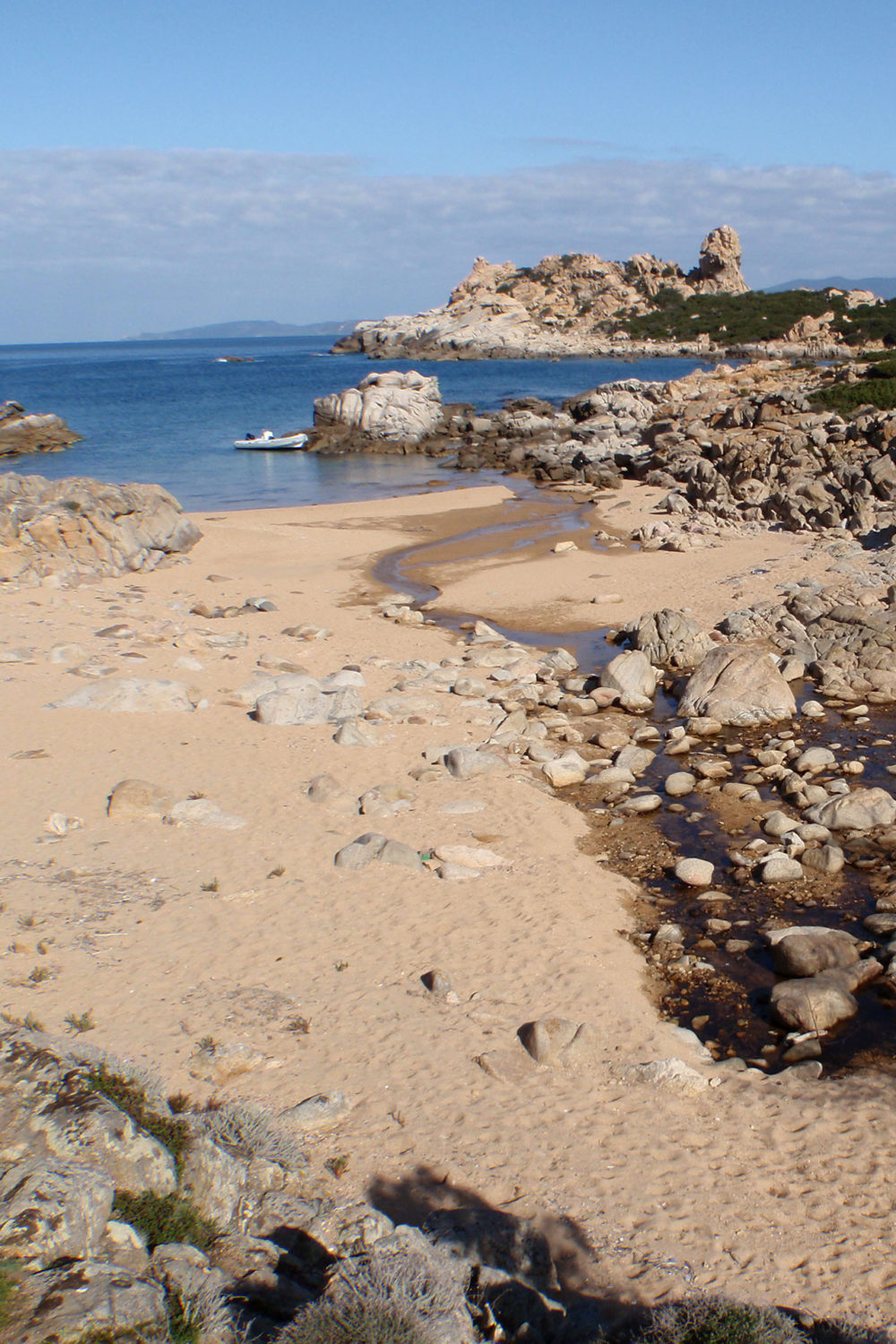 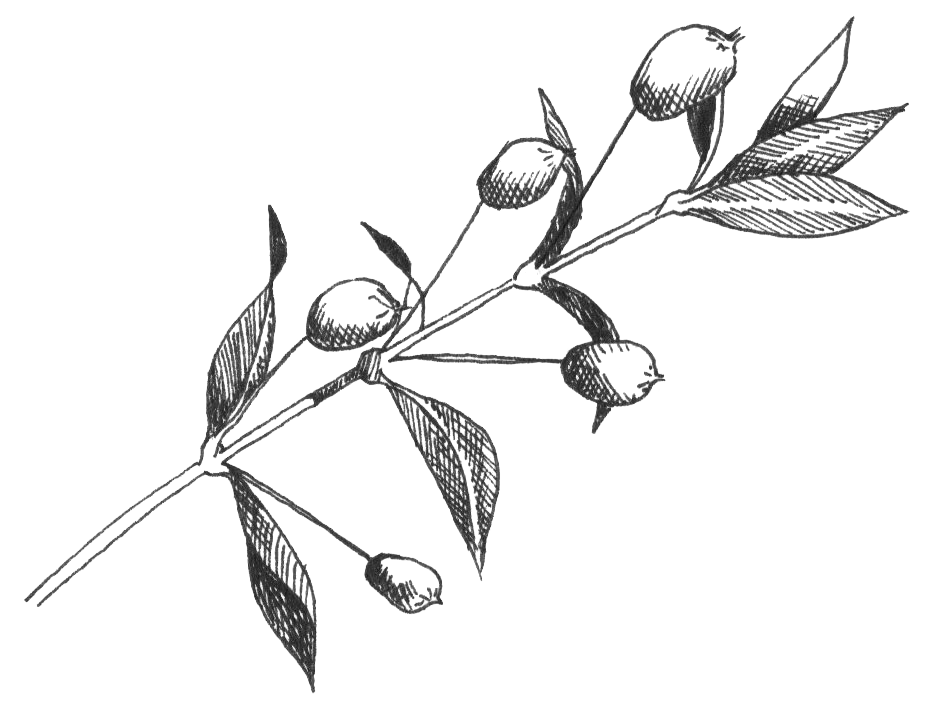 Near the shore, wind-swept mastic trees and myrtles accompany the junipers. Over 500 hectares facing the sea, the hills are covered with low scrub or maquis consisting of briar, strawberry trees, myrtle and Phoenician juniper. The poorest soil is home to calycotome, cistus and Corsican broom. Further inland, the maquis has long been preserved from fires. The terrain is higher and islands of green oak have survived over the centuries in the cool valleys or at the foot of the rocky outcrops. On the coastal platforms, a scattering of grassy meadows surrounded by juniper groves are home to a discrete vegetation that is nonetheless rich in highly original or rare plants. More or less subject to salt spray, these grassy areas are flooded in winter, creating temporary pools with very special vegetation. By grazing and foraging the soil, the wild cattle and boars keep these areas open and contain the extension of the scrubland. 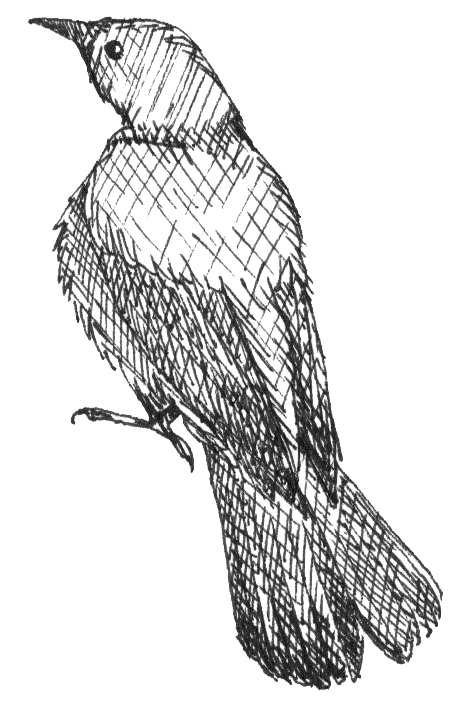 The granite outcrops are home to ravens and blue thrushes, as well as remarkable reptiles like the Bedriaga lizard and the European leaf-toed gecko. The grassy meadows of the coastal platforms, intermingled with groves of Phoenician juniper, are frequented by small songbirds, woodlarks, cirl bunting, European greenfinch, Corsican finch and tawny pipit. The Balearic toad, Tyrrhenian painted frog and the Sardinian tree frog breed in the wet hollows. The temporary Mediterranean pools are home to a host of small crustaceans. The agricultural valley of Conca and the scrubland are traversed by Hermann’s tortoises. 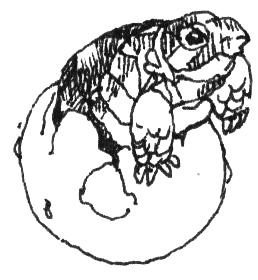 The Campomoro-Senetosa area possesses several temporary rock pools that have been listed by the Office of the Environment of Corsica with the help of the syndicate keepers. These small, periodically flooded wetlands are a priority habitat under the Habitats Directive. They shelter plant species (isoetes velata, iIllecebrum, etc.) and many amphibians. The Paddulaccia rock pools have been designated by the scientists of the O.E.C. for a regional programme of work and observation that also concerns rock pools located in other sites in Corsica. Water level measuring devices have been installed at the four main pools. Every year, Elisa agents conduct bi-monthly measurements between the flooding and drying phases. These data are then transmitted to the O.E.C. and contribute to the study of these unique environments. In addition, a weather station was installed on the site in 2010, which helps to study the relationship between the different meteorological events (precipitation, wind, sunshine) and the flooding and drying of the pools. 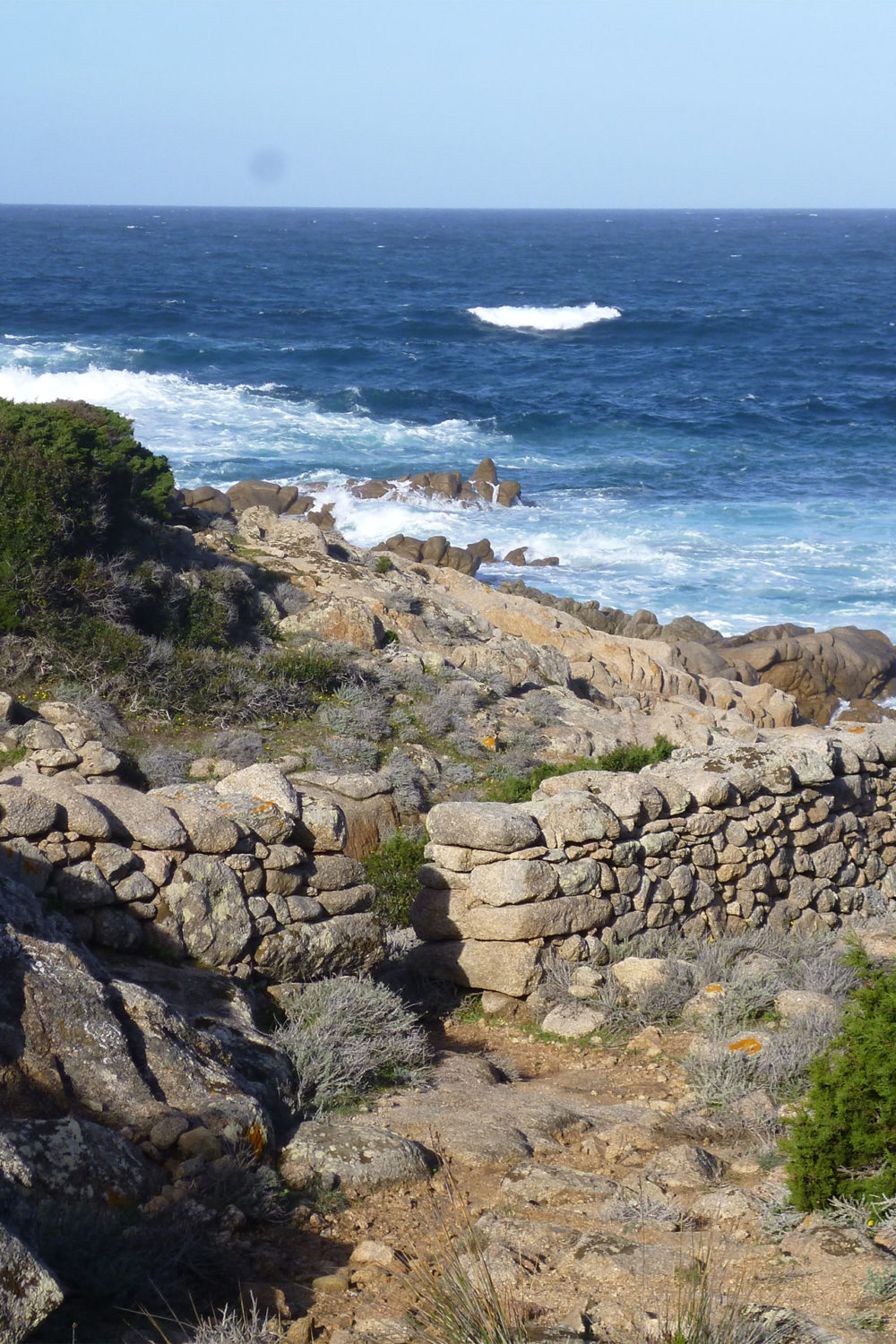 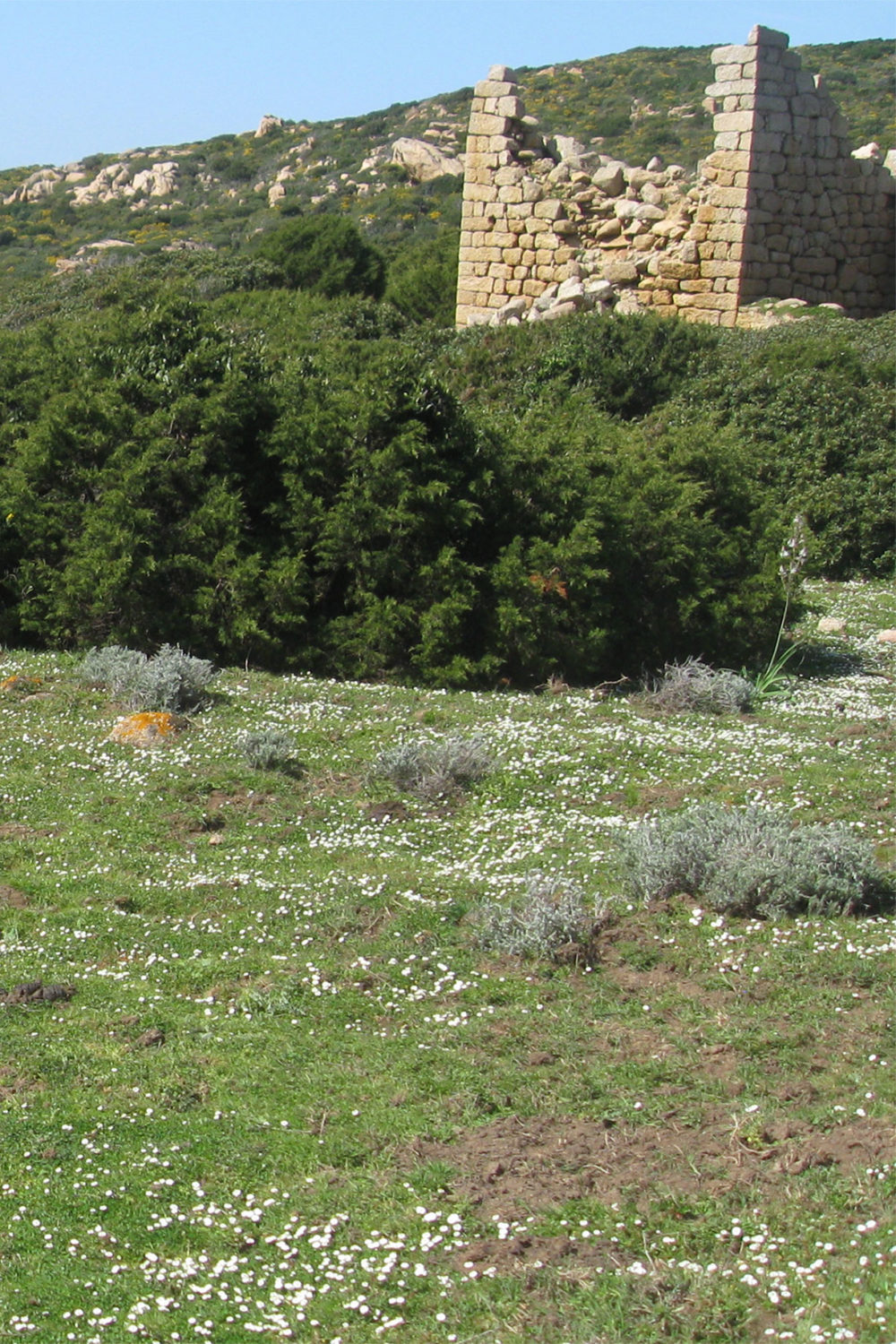 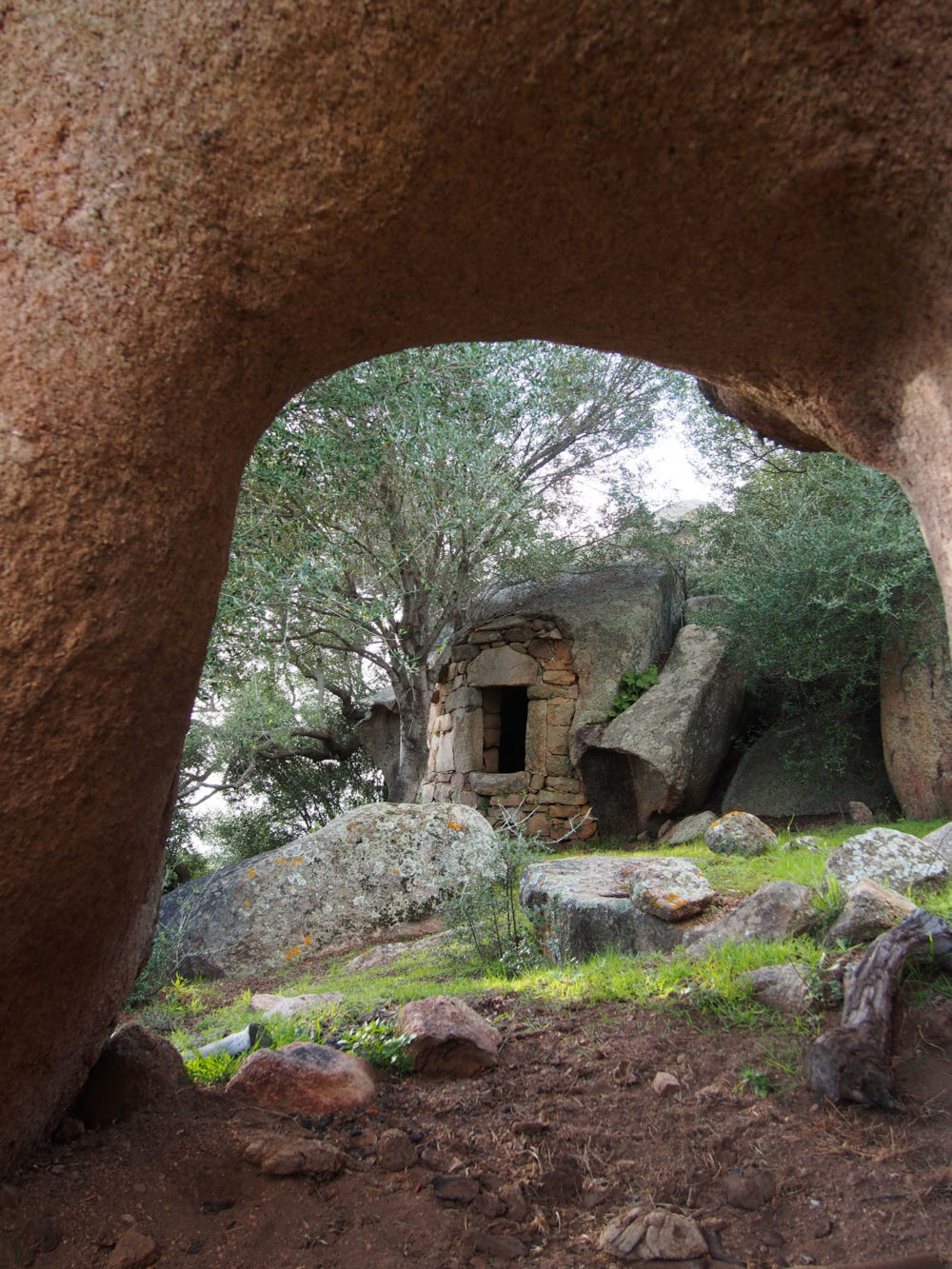 THE TESTIMONY OF A CIVILISATION

After arriving in Corsica at least 9000 years ago, man has left spectacular testimonies of a civilisation dating back to the last two millennia before our era. The men of the Bronze Age installed their habitats on the hills or plateaus that overlook the valleys. These casteddi were fortified by one or more stone walls protecting the torra, a massive, circular building. Above all defensive, this architecture was also used for more day-to-day domestic purposes. Many stantari (standing stones), stazzone or tole (dolmens) and bancali (burial chests) testify to the importance of the art and beliefs of this megalithic civilisation. The largest concentration of standing stones among Mediterranean countries is to be found in Palaghju, near Tizzà (Tizzano).
The 16th century was a black period for the communities of the island. The raids of the ‘Barbary’ pirates intensified around 1530 to reach their peak between 1570 and 1620. The ‘Turks’, often originating from the Maghreb, held the coasts of the island. Villages were attacked, homes and crops were destroyed and the inhabitants were taken into captivity… The coastal lands were abandoned. Genoa then decided on an ambitious programme to construct defence and observation towers. Between 1530 and 1620, a hundred towers were built at the expense of the locals, who had to pay a special tax on salt. The decision to build the tower of Porto Erice (the former name of Campumoru) was ordered just after the pillage of Sartène, in 1583. In 1586, after a year of work, the most massive tower of Corsica was completed. An exhibition in Campumoru tower tells the story of this episode of the history of Corsica. Built much later, Senetosa tower was one of the last to be built in Corsica, like its neighbour in Roccapina, under the orders of Giovanni Di Cauro.
Senetosa lighthouse, however, tells a very different story. On 17 April 1887, the Tasmania, a steamship of the Peninsular and Oriental Line, outbound from Bombay, ran aground on the Sec des Moines reefs. Although all passengers were rescued, the captain and part of the crew perished in the disaster. This shipwreck entailed serious repercussions: the ship was carrying guests to the Golden Jubilee of Queen Victoria, including Maharadjah Sir Portab Singh who was entrusted with presenting a coffer of precious jewels to the queen. The jewels were saved, but the cargo of ivory, opium, indigo, cotton, sesame, skins, spices and coffee remained on the ocean floor. The powerful Lloyd’s, which ensured the Tasmania, pressured the French government for a lighthouse to mark the dangerous Sec des Moines reefs. In a context of a diplomatic rapprochement between the United Kingdom and France, the lights and beacons department was charged with building the lighthouse as quickly as possible. Thus, Senetosa lighthouse was first lit in 1892. This highly original building is the only lighthouse in France to have been designed with two towers: a tower for the lantern and a second tower to house the red light that marks the Sec des Moines reef. This onshore lighthouse, which is isolated on the coast with no road access, offered its keepers living conditions similar to those of an island: changeovers, for example, were carried out by boat. This unique situation led the Conservatoire du Littoral to transform it into a coastal refuge, the first in Corsica.